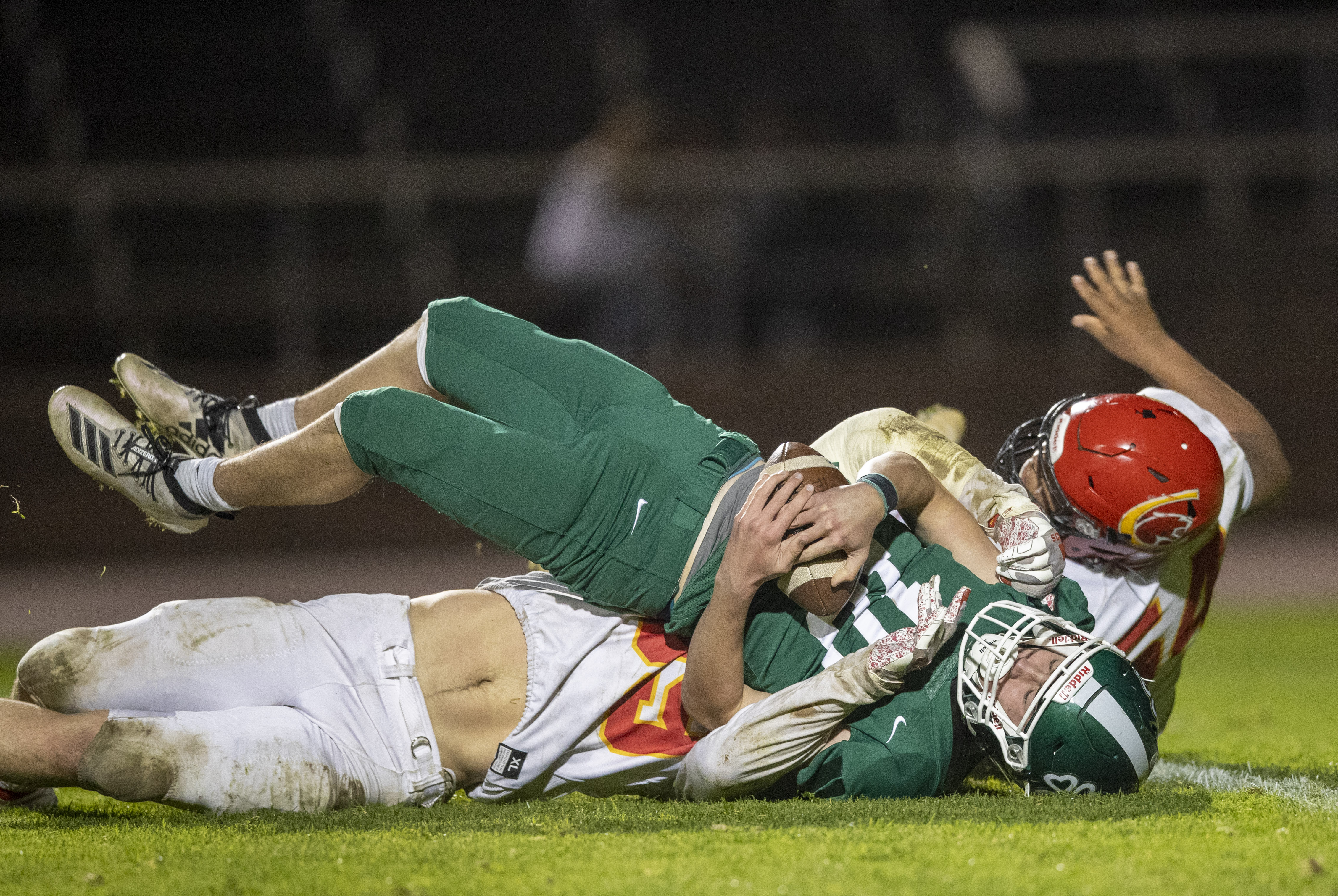 CHICO — For the first time in the past five years, a player from Chico High has been named all-section Most Valuable Player.

Sam Ruffino, the captain of the offensive and defensive line and the Panthers’ lone four-year varsity player, was named defensive MVP and two teammates joined him on the first team of the All-Northern Section team.

Ruffino was joined on the All-section first team by fellow lineman Michael Zopp and linebacker Seth Cook. Chico offensive guard Bryce Darlington was named to the second team, along with sophomore running back Dion Coleman and linebacker Tad Hervey.

The 2021 year was a roller coaster of a football season for Chico High. The Panthers began their season watching Coleman tie the Northern Section record with eight rushing touchdowns in a 57-25 in week five against Yuba City. Coleman scored 25 touchdowns through four and a half games after missing the first two games of the season due to COVID-19 exposure, but halfway through the Panthers’ week seven game against Foothill, Coleman injured his ACL and was out for the season.

“I think as a coach i really learned as a coaching staff we really got to point with a consistent message to the team,” said Chico High coach Jason Alvistur. “We told them to buy in, win every rep and get better every better every day. All of our practices and talks were focused on that every day. Don’t get too up, don’t get too down and stay consistent.”

“(Ruffino) is a kid who really bought in and believed in our program,” Alvistur said. “He was a sophomore on our team when we lost that 2016 section championship and his mindset was that’s not going to happen again and ‘I’m going to change it.’ He put it on his back that he wanted to make a difference, not only as a player but as a leader.”

While Chico High has not had an all-section MVP named on either side of the ball in the past five years, Pleasant Valley had quarterback Kyle Lindquist named Offensive MVP in 2016 when he broke Green Bay quarterback Aaron Rodgers’ high school passing record by over 500 yards and finished with 2,871 yards in the season. One year earlier Vikings linebacker Noah Davis won the Defensive MVP award in 2015.

Pleasant Valley offensive guard Jacob Stahel and wide receiver Noah Thomas were named to the first team as well, along with the Vikings’ defensive captain Gabe Ponce, who was in the running with Ruffino for defensive MVP.

“Those two guys, their leadership and the way they play offensive line they played it like defensive line and it showed for us,” said Pleasant Valley coach Mark Cooley about his guards Hughes and Stahel. “The way that they pulled, the way they attacked people and were able to come off their combo blocks and get to the linebackers was a huge key for us.”

Cooley said Guanzon and Ponces’ leadership on the field was “incredible,” pointing to times when he as a coach was not sure what play to call but Guanzon took the play-calling duties into his own hands. Ponce’s on field presence sideline to sideline and the number of tackles he made for the Vikings was key. Cooley said the number of athletic plays Thomas made was “off the charts.”

Pleasant Valley finished its season 7-4 and an undefeated 5-0 in Eastern Athletic League play. The Vikings lost in the NSCIF semifinals to Foothill.

“This team here reminded me of the 2016/2018 state teams. We were that dynamic and unfortunately we didn’t finish,” Cooley said. “I think this team was off the charts athletically, I think it had the run game, and offensive line was doing incredible things, and for whatever reason we underachieved as a team and you can take that right into coaching for me. All on me.”

“As far as their ability to come from a season or be in a season like that with so many ups and downs mentally I think their growth is going to serve them well in the long run in whatever they do whether its athletics or life,” Cooley said.

Orland set a new school record with 19 interceptions in 2021, as well a new rushing record on offense. Coach Nick Velazquez said the key to the defensive success started in a five-week summer session where players grinded through workouts with other teams and learned the ins and outs of potential offensive schemes they would be facing.

“To me the summer was huge in getting that foundation going, and then obviously with those three kids they’re great athletes and they buy into what we’re doing and they see that it’s going to work,” Velazquez said. “When you’re making plays it makes it easier for people to believe and follow those guys’ lead.”

Schumann and Lister are seniors and will graduate in the spring, but Foster is returning for his senior year in fall 2022 when the Trojans will look to rebuild the rest of their secondary.

This year’s secondary for Orland was the strongest Velazquez has ever coached in his time at Orland.

“Hell of a secondary and one that I’ll always look back at for years to come,” Velazquez said.