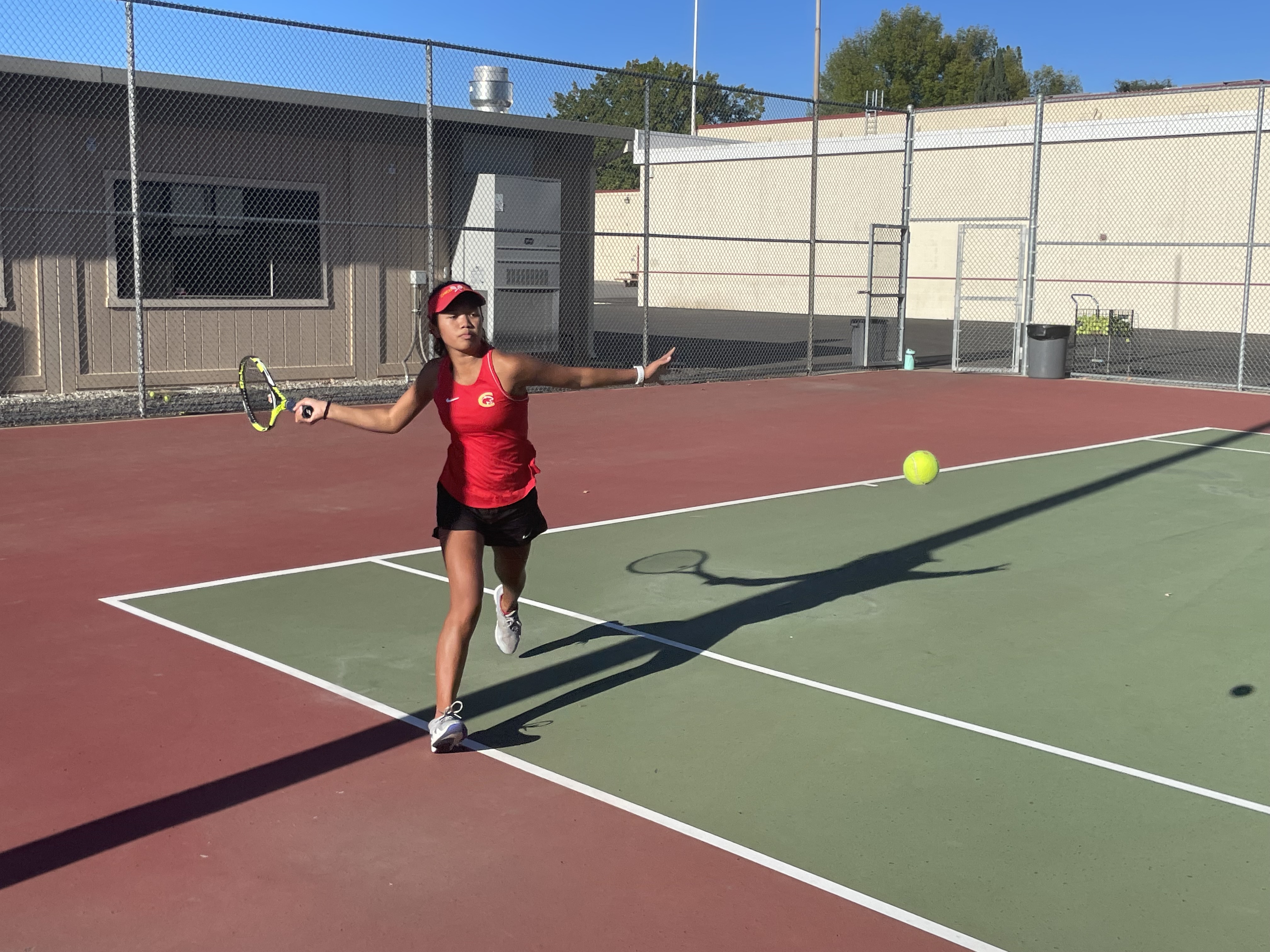 CHICO — For Chico High freshman Paige Sitanggang, she knew the key to winning Wednesday’s match against Aria del Rosario-Sabet would be consistency. The two have faced off against each other three times in the 2021 season, including in Wednesday’s California Interscholastic Federation Division I Northern Section championship.

Panthers’ coach Randy Agnew noted the top two singles players Sitanggang and Rosario-Sabet are the top players in the section.

“It is basically whoever misses first,” Sitanggang said following her 6-1, 6-2 win Wednesday. “The key today was consistency.”

Chico High, which entered as the No. 1 seed, defeated the No. 2 seed Shasta 8-0 in the CIF Division I Northern Section championships on Wednesday at Chico High. Chico High improved to 12-0 on the season, after going 10-0 in league play and 2-0 in Northern Section competition.

The Panthers players are now a combined 108-0 in matches played as a team. No players have lost a match in any of the teams’ 12 matches.

Vaughn’s backhand is one of her strongest shots, but her mental game is incredibly important. Agnew said both Vaughn and Sitanggang get stronger as their matches go on. Vaughn said it takes her some time to evaluate her opponents’ strengths and weaknesses and how she plans to attack them each match.

Wednesday, when Vaughn faced her opponent Aleera Sinantha, Vaughn noticed her opponent was very consistent and she knew the key was going to be not beating herself. Vaughn hit shots that forced her opponent to move back and forth across the court, which made it difficult for Sinantha to get a solid shot back.

Agnew is in his fifth year coaching tennis at Chico High. His teams have won the Northern Section title all five years. At Agnew’s start, Chico High did not have a JV team and had just 12 players. This year’s program features 31 girls and its JV team went undefeated as well.

“My goal was to create a program with my JV program too, a true program not just a team,” Agnew said. “Just kind of creating that team atmosphere, creating a fun program. It’s a sport that’s fun to play, but really more creating an environment for girls to in come and want to play tennis.”

Six of the top 10 players on the varsity squad are freshmen, and the Panthers’ No. 2 singles player Sydney Vaughn is a junior who transferred this year from Paradise Adventist to play with her cousin Sitanggang. Agnew said in past years he has had good athletes who play tennis, and this year’s varsity team is “loaded from 1-12” with girls who play tennis nearly every day.

“When I first came here we had athletes who played tennis,” Agnew said. “I think really creating a love at the high school for the sport has really opened up a lot of opportunities for other girls to come play from other schools.”

Vaughn said the team practices five days per week at Chico High, and players works together at the Chico Racquet Club.

“I’ve known a lot of these girls for a long time, we’ve grown up together, so it’s really nice to be able to play with them and spend time with them and just to see the team do so well makes me feel good,” Vaughn said.

Chico High now prepares for the winner of the Division II finals matchup, which will take place on Tuesday between Orland and University Prep.