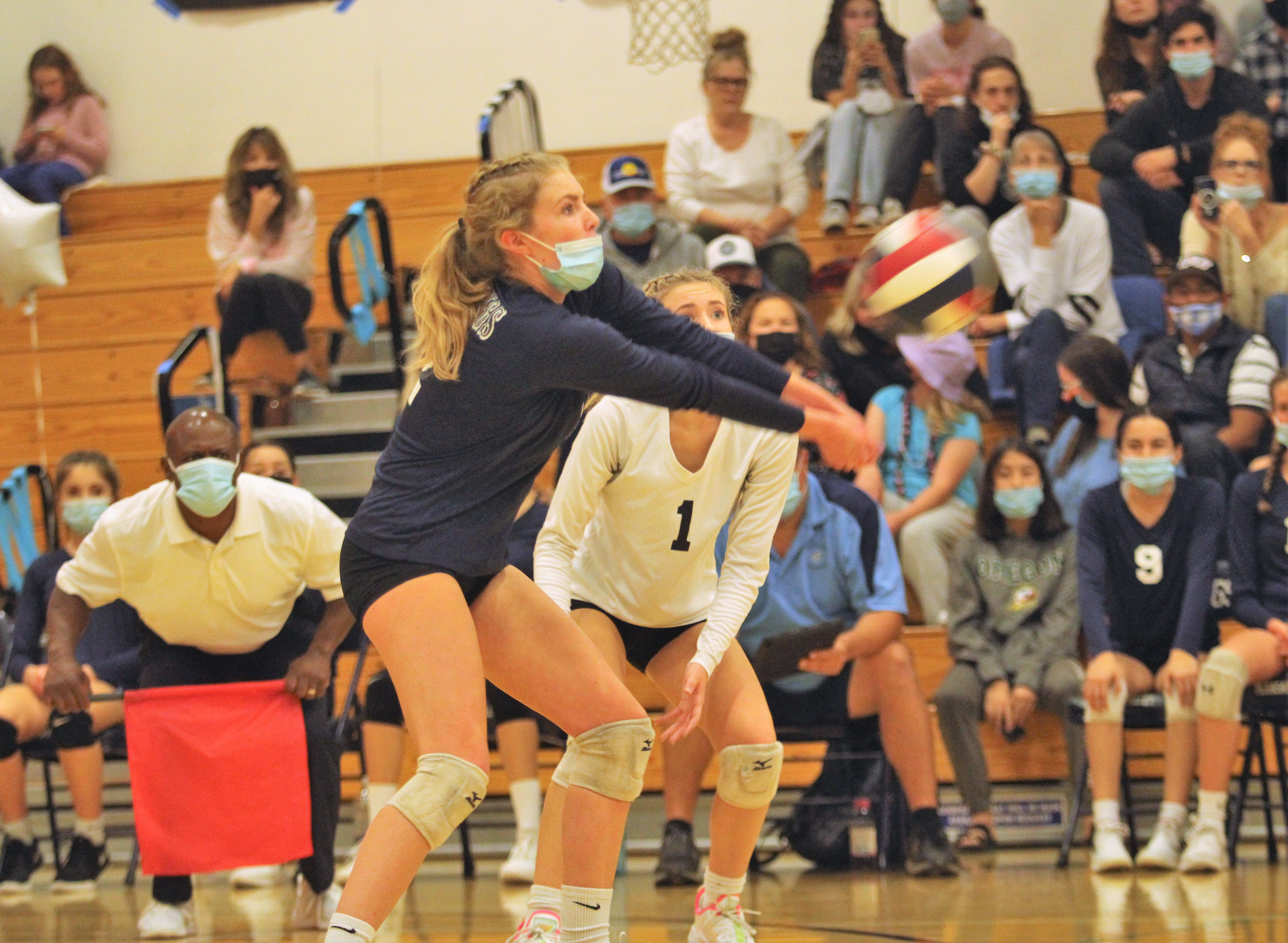 CHICO — Students and parents from around Chico packed Varley Gym at Pleasant Valley High School full for the Northern Section Division II semifinal match between Chico High and Pleasant Valley. Seniors fought hard, knowing if they lost it would be their final game, and seniors from both teams know it would most likely be their final match in Chico.

In the two regular-season matchups this year, neither team has been able to defend their home court. On Sept. 15 the Panthers defeated the Vikings in PV’s Varley Gym for the first time since November 2017 and the first time in regular-season play since October 2012. Nearly a month later, the Vikings won at Chico’s home court in three straight sets.

In two matches this season, PV and Chico had won one match apiece. Neither team was able to defend their home court until Tuesday.

“Tonight I was like ‘I better come out strong because if we lose the season’s over,’” Thau said. “I was really passionate.”

Chico High, playing without its starting senior setter Macy Mattern whose arm was in a sling with a wrist injury, opened the first game aggressively and scored five straight points to take an early 7-3 lead. The Panthers extended their lead to six points two different times — at 19-13 and 21-15 — and finished the set winning 25-20.

In the second set, after the Panthers won the first two points, PV won the next four points and then took a 10-5 lead. Following an ace by Daugherty, the Vikings increased their lead to eight at 14-6. PV scored seven straight points to end the second set and ended with its biggest lead at the end of the set, winning 25-12 on an ace by Chapin.

In the third set, the two teams battled back and forth, tying six times. PV took a five-point lead at 20-15 and finished strong once again with its largest lead at 25-18.

“The first set we weren’t really aggressive at all and we kind of just let them hit it at us,” Thau said. “Second set and the rest of them we hit them, and they lost.”

In the final set, the two teams battled early, tying six times once more. PV took a 16-12 lead, and Chico cut the lead to 19-18. The Vikings called a timeout, and five of the final seven points — finishing with a kill by Daugherty.

JJ Mitchell said the key was the Vikings’ aggressiveness in their service game, led by Chapin. He said his three seniors Thau Chapin and Daughterty led the way. Chapin had four aces, along with five kills and eight digs. Daugherty had 12 kills and 10 digs.

Thau complimented the play of the sophomores, led by outside hitter Sophie Winter who had 12 kills on 24 attempts. Sophomore Kendal Thau led in digs with 21, and Kayla Johnson had 12 kills and four digs.

“I was really proud of our sophomores for stepping up,” Thau said.

The No. 3 seed Chico High defeated the No. 6 seed Corning 3-0 Oct. 27 to advance to the match against PV, and ends its season at 22-11.
The No. 2 seed PV (20-14) received a first-round bye. The Vikings will now play the No. 1 seed Foothill on Saturday, who defeated Las Plumas 3-0 in the other semifinal match Tuesday night. The NSCIF Division II finals match starts at 3 p.m. in Palo Cedro.

The winner will advance to the NorCal tournament, which consists of the Northern Section and San Joaquin Section teams.